So - week eight of my weight loss project 20bis20 has just started and I've lost 6.5 pounds so far. I would say: it works! And very enjoyable. The first belly rolls have disappeared and skirts and dresses are already much more comfortable at the waist - YAY! In the meantime, I am also really in the weight loss everyday arrived and know both highs and lows. After a very euphoric January with a lot of energy, a fantastic mood and the exact predicted weight loss, the first real hangers and thirsts were promptly released in February.

The child took home a cold three weeks ago, which was probably so diffused that I did not notice it at first. General malaise, bad mood, muscle pain and stinging headache (which I've never had as good as ever!) Have made me really mucksch for days. I drove helplessly on the couch, pulled on Netflix a series after another, had therefore a guilty conscience and generally resented. Although I remained technically in my targeted calorie deficit - but I did not move at all and managed instead of the daily 10,000 steps only 2,000. In addition, also hung the scales: It was literally nothing more. For more than two weeks I meandered around a certain point. 200 grams more, 200 grams less. One kilo more, one kilo less. We are grueling and depressing!

Theoretically, I would have had to lose weight without movement and only with a calorie deficit. Practically, however, that did not work at all. And just because January worked so well, February was all the more frustrating. Negative thoughts crept in: Can I even lose weight? Maybe this is over now and it never goes on? Maybe there is a hunger metabolism that makes a further decrease impossible? Just all the strange weight loss myths that prevent and sabotage you from effective decline. When, at some point, the general condition turned to sore throat and runny nose, I finally knew: a cold! This reconciled me very much with the last two weeks. Illness is a physical state of emergency that does not drain processes as usual. Isso.

In the meantime I have passed this phase. The scales showed a new low this morning and confirmed to me in the most beautiful way: Yes, it works! Incidentally, I belong to the group "daily weighing on weight loss". This is very important to me and a crucial pillar of my project 20bis20. I get up every morning after getting up on the scales and then note my weight in my mobile app. My Libra is my best ally, showing that everything is going as planned and I'm doing everything right. Or just that something is not right at all (see above). It does not matter to the individual value every morning - because the weight can vary from day to day sometimes extremely up to several kilos (water retention, digestion, sports, menstruation, etc.). The weight trend is what motivates me to stay on top: this dark progression line, which is the average of all the individual days and - great! - Continuously down.

I have screenshots of my weight history from the app as an example: On the first picture you can see the graph for the period of one year: The blue line is crashing down in one stroke , The second figure shows the weight trend for the month of January: Here you can see very well how much the weight actually varies from day to day and also has large outliers up and down.Even if a single reading in itself turns out to be very frustrating (whaaat - 1.8 kilos more? !!?), I can keep calm. Because I know: this is just an exception. All is well. The trend is pointing downwards.

If I only weighed myself irregularly once a week or every two weeks, it could well happen that I get two very unfavorable values, which are extremely close to each other. In the top of the month chart, this would be e.g. on the 12th and 19th of January or on the 20th and 28th of January the case. On the two days I had the exact same weight. Normally this would signal me: It was all in vain, despite my discipline, I did not lose weight. It's useless - I can stop right now. What a nasty motivational killer! But my blue trend graph from all the daily measurements shows me: Everything is totally in the green zone - I take off (still) as planned!

So - now I've really taken a long way. But daily weighing has become the biggest motivational booster for me and helps me to pursue my goal in the long term. Maybe that's also exciting for you and a possible help. I would be very happy.

Now I'm curious: How is it going to work for you? Are you happy or are you fighting against one or the other frustration? What are your motivations to keep you on the pole? And above all, how much weight have you lost so far? I'm really looking forward to hearing from you.

I definitely wish you all a lot of positive energy, no colds or other annoying stuff and great success! 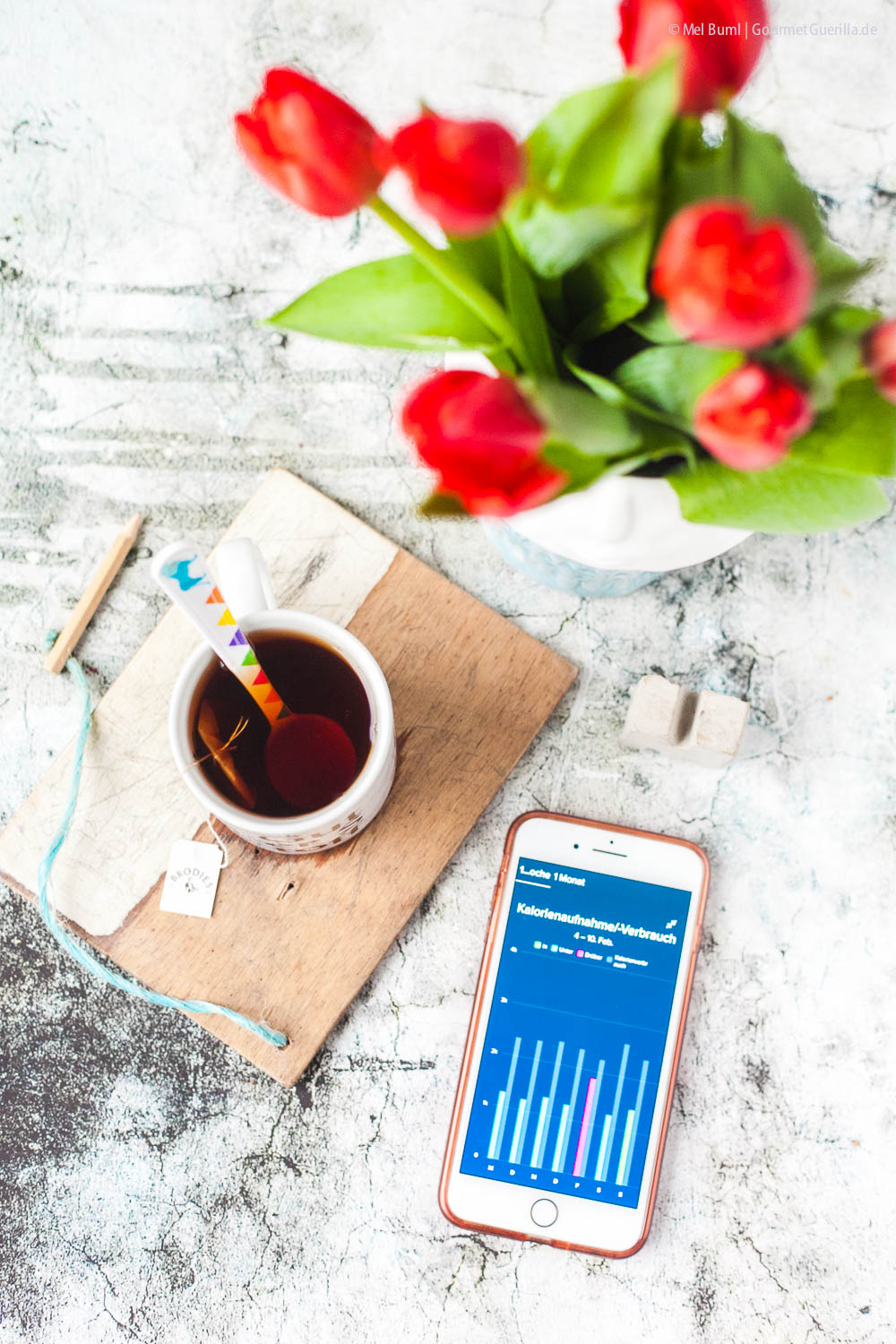